Going Beyond Technical Skills for Students

“Give me a kid who shows up every day with a great attitude and I can train them to do the rest.”

Sound familiar? We hear this all the time from our business partners and are thrilled at their willingness to teach students valuable skills like welding, maintenance, and machine operation. But what happens when we have a student who hasn’t developed a great work ethic yet, or who has struggled with attendance at school and needs to practice and develop the ability to show up every day? 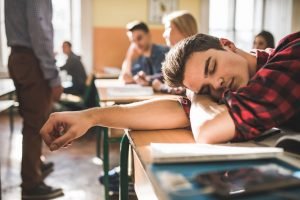 That’s where the personal development coaching that we do at GPS Education Partners (GPSEd) comes into place. For over 22 years, GPSEd has been coaching youth apprentices to increase their work ethic and employability skills.

Take a student like Richard*. Richard started off doing okay in his apprenticeship placement but soon his attendance began to slip. One week he would be late to work one day, and the next week he would clock out early. The week after that he would call in sick to work. These patterns let us know that something was wrong. When we dug in further, we discovered that he was becoming disengaged from work because he didn’t like his job.

So how do we tackle that issue?

First, we start with coaching conversations. A work-based learning coordinator will sit down with Richard and talk with him about why he’s struggling to show up. Then, they’ll coach him about the importance of being there every day, and help him understand that people at work are counting on him to be there. When Richard can see that he’s a part of a larger team and that he’s an important part of that team, he’s more likely to be there consistently. 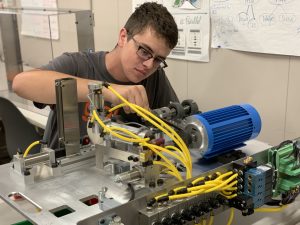 Next, we’ll do more career exploration activities with Richard, like setting up a job shadow in a different area or connecting Richard with a student working in a different job to learn about what that’s like. We always follow that up with more conversations with Richard to check in about what parts of his job he does like, and discussions about what other positions might have similar tasks. In these conversations, we let him know that we want to work with him to help him find the right fit.

We use exposure rotations to help students explore those different jobs. Students rotate through a variety of work areas so they get a chance to try out different work tasks and learn what they do (and don’t) like in a job. We work closely with the students and our business partners to find the right match. As Richard builds up his attendance habits, while trying out different jobs, we work to make sure he can find a job he’s passionate about. Once he’s found that fit, he’s passionate about going to work every day.

Casey is another student of ours. He shows up every day, on time, but as he’s starting his apprenticeship placement, he just does the bare minimum. He never asks for more work when he gets done, and he spends a lot of time standing around.

We might start working with Casey by doing practice conversations and role plays in the classroom about how to approach a co-worker or supervisor to ask for more work. We also know that students like to learn from their peers, so we facilitate class discussions where other students share ways they keep busy at work and how they know what task to move on to next. 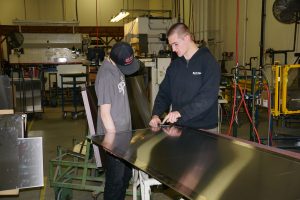 By working closely with Casey, our teachers have also noticed that he lacks confidence. He’s been told over and over again that he’s not very good at anything, so he’s worried that he’ll do the wrong thing at work. We work with Casey to overcome this mindset by setting him up with tasks we know he will succeed at and we will put him into a leadership role in the classroom to build his confidence.

Once we see that confidence start to build, we expand on that and might ask him to mentor a new apprentice coming into the program. Now, instead of him just doing what is asked of him at work, he goes above and beyond and helps other employees when he gets done early.

Want to learn more about our program and see all the activities a student does in our program? Check out our Interested Students page!

*Names and aspects of the students have been changed to protect the privacy of individuals. I have changed and combined individual students to create stories that represent typical situations. These students aren’t individuals, but rather a composite of the many students we’ve taught over the years.